10 Weird Pregnancy Symptoms Nobody Tells You About

To the observer, the outward, commonly understood signs of pregnancy are obvious; burgeoning belly, mad food cravings, frequent sprints (then later, waddles) to the powder room and – the bonus, if only for the gestation period – gloriously voluptuous bosoms. But when you’re the one with a bambino in-utero, you soon find out that there’s a whole other checklist of wacky (and decidedly less glamorous) symptoms that doctors, friends, and TV rom-coms fail to mention… 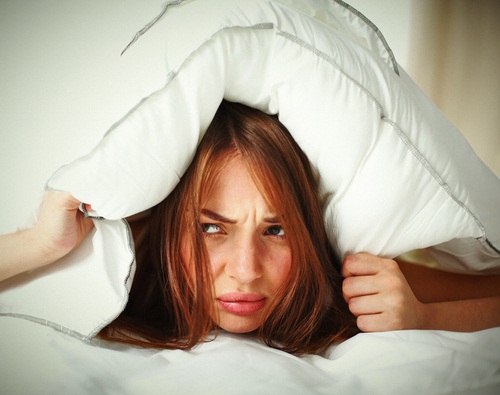 Here’s ten of the most unusual clues that there could be a bun a-bakin’. Check ’em out, and see if you can relate:

If you’ve suffered bouts of PMS-induced sanity before, try multiplying that to the power of gabillion. A pregnant woman’s trips to CrazyTown are the only occasions during the 9 months that Mr. Daddy can maybe feel sorry for himself.

Pinterest dream boards will become your best friends as you’re increasingly sapped of the energy and motivation to actually do anything in real life — even from the very first trimester. (Because your body’s making a HUMAN BEING, hello.)

Increased oestrogen levels can intensify once-welcome smells – and pongy odours, too. According to scientists, this heightened olfactory sense is what leads to morning sickness.

Good ole oestrogen strikes again; this time with a yummy condition termed ‘dysgeusia’, a persistent metallic taste in the mouth. It’s an early hallmark of pregnancy that can even occur before a positive pregnancy test, and thankfully, disappears after trimester one. (Usually).

Don’t sleep in your birthday suit? You may have to get used to it. If you’ve been trying to conceive by charting your basal body temp and you notice a prolonged period of high numbers, there may be something big happening – but always check with your GP to rule out low grade fevers. Further on, extra weight and hormone surges that feel like hot flushes will make you less inclined to bundle under the covers.

Officially called “rhinitis of pregnancy”, hormone-induced stuffiness – and hence, snoring – are common from early pregnancy onwards. Swelling in the mucous membranes of the nose can also cause a ramped-up production of mucous, contributing to your night-time symphonies. Sexy, no?

Nope, that’s not your foetus growing at superhuman speed, that’s a gas-baby. While your little precious is yet a cluster of microscopic cells, you’ll be experiencing bloating (and other indigestion-related awesomeness) that’ll have you looking like you’re already ready to pop. But you’ll just break wind, instead. A lot.

As if to prepare one for the spit-machine that is a teething baby, some women may produce up to 7 pints of excess saliva a day! Best stock up on some extra bibs, then…

You’ll barely recognise yourself when heavily preggers, and there’s a strong chance you’ll sound a lot different, too. The changes in oestrogen and progesterone can cause swelling in your vocal cords, making you a bit raspy, or a few octaves lower.

Widely known as the ‘mask of pregnancy’, chloasma is the hyperpigmentation that usually presents itself in the early weeks of pregnancy – attractive brown splotches occurring on the forehead, upper lip and cheeks. Use plenty sunblock during this time, and don’t get disheartened if it’s to no avail; when your darling makes his/her entrance, you won’t give a toot what you look like, and you won’t have the time to care, either.