The Gender Divide: Do We Really Teach Girls to Like Pink?

While Amazon may be trying to level the ‘playing’ field by removing gender-based toy searches, studies suggest that boys and girls are born with the preferences we so often attribute to cultural conditioning. (No matter how much frothy pink babywear and creepy plastic dolls you manage to keep out of the nursery.) 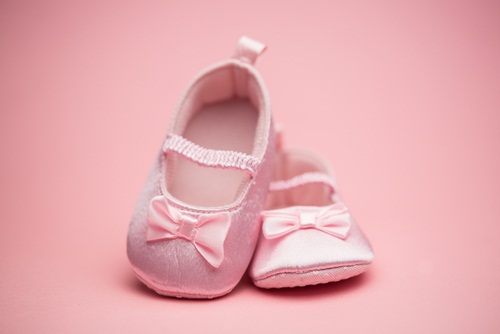 According to one experiment with male and female monkeys in 2002, the stereotypical gender predilection for dolls or cars is innate. Psychologists Dr Gerianne Alexander and Professor Melissa Hines discovered that male vervet monkeys actually preferred playing with a car and a ball rather than a doll and a pot. Female monkeys showed the opposite preferences, but the male and female monkeys both spent around the same amount of time playing with ‘gender neutral’ toys, such as a book and a toy dog.

“Our findings suggest that what defines ‘boy toys’ and ‘girl toys’ is not dictated by society but may be due to visual cues that attract boys and girls in different ways,” says Dr Alexander. Her theory is that males may have evolved an attraction to objects that encourage movement and activity because they offer opportunities for rough, active play. This could be related to the needs and activities of early man, such as hunting for food and finding a mate.

Then there’s the good ole pink versus blue; by the age of around 3 or 4 years, more girls actively choose clothes that are coloured pink or pale yellow, whereas boys tend towards darker colours. Rather than put this division down to relentless target marketing, some scientific evidence points to gender differences existing in the very make-up of our eyes – so female babies are actually more sensitive to pinks, reds and yellow.

Another theory is that these natural preferences stem from an evolutionary adaptation for survival purposes. Dr Anya Hurlbert, who led a study at the University of Newcastle, found that women in their 20s prefer reddish colours. “Evolution may have driven females to prefer reddish colours – reddish fruits and healthy, reddish faces,” she suggests.

And of course, little lads and little ladies just play differently, too.

“Studies show that when children play with big plastic cars, more little boys play the ramming game,” says Simon Baron-Cohen, Professor of Developmental Psychopathology at Cambridge University, in his research into the difference between male and female brains. “Boys deliberately drive their cars into another child. Little girls ride around more carefully, avoiding each other.”

As always, however, this phenomenon is a generality, not a hard and fast rule. Professor Baron-Cohen emphasises thst such ‘male’ or ‘female’ brain characteristics can’t be assumed to apply to all individual boys or girls.

Although the chances of your darling daughter not liking Barbie and all her fuschia accoutrements are minimal.