So we all know food has an expiry date–but did you also know that your hairbrush, and your baby’s dummy, have a ‘best before’ deadline, too? 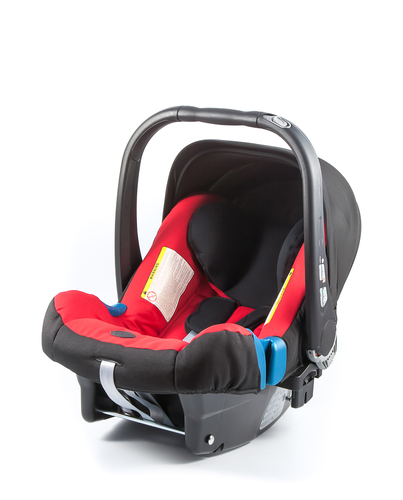 If you can barely keep up with the stuff gone radioactive in your fridge that needs throwing out, best you scroll past this list of surprising things that need replacing…like, now.

Replace: Generally 5-6 years after the date of manufacturing–and after an accident, too.

Why? The plastic parts can degrade and wear over time, comprising the seat’s original safety efficacy.

Why? Wooden chopping boards may be antibacterial, but deep cuts are nonetheless impossible to properly clean, and will still harbour sickness-spreading germs.

Why? Where do mould spores, dust mites and miscellaneous bacteria like to bed down for the night? Your pillow. In fact, the average pillow is home to approximately 350,000 live bacteria. If you don’t fancy a face-full of ick, you might want to consider new bedding.

Why? By virtue of their function, tea towels are almost always damp, and moisture is prime breeding ground for pathogens–including E. coli. If your tea towel gets wet after wipe down, toss it in a hot wash, and hang up between uses to air out.

Replace: at least every 3 months

Why? You should be replacing everyone’s toothbrush in the house regularly anyway, because splayed, too-soft bristles won’t do a proper clean; but also, a single toothbrush contains millions of bacteria–an expedient way to pick up gastric diseases. And if you’ve already had a bug recently, replace your toothbrush immediately to avoid re-infection.

Why? Besides the obvious, toilet brush bristles are also almost always wet (unless you barely use it–but that’s another issue), and moisture helps bacteria to proliferate and spread fast. If it’s been a while, toss this out with your toothbrush; they’re probably just as gross as each other.

Why? Spices are dry, and aren’t prone to going off, but eventually, they will lose their flavour. If you’d rather not ruin your cooking, replace the bottles and sachets that’ve become kitchen artefacts.

Why? Pacifiers, particularly older ones, can be contaminated with biofilms–a slimy slick of bacteria that can disrupt the healthy balance of baby’s oral microbes –which could contribute to the development of ear infections, colic, skin infections, and even allergies and asthma. Plus, a well-worn paci is at risk for breaking apart and becoming a potential choking hazard.