Can I Flip My Breech Baby?

A breech birth has long been associated with complicated labour, but the truth is that it’s a fairly common occurrence, and not necessarily unchangeable. 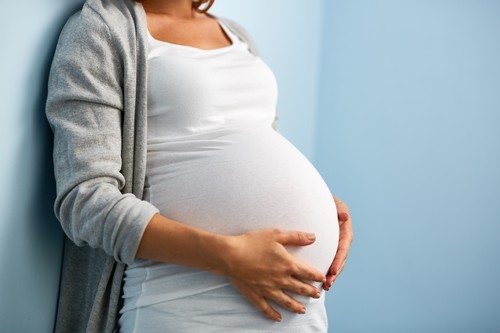 Breech positioning refers to when baby is ‘upside down’—their bottom, knees or feet pointing toward the birth canal.

Breech births aren’t exactly problematic—in the past breech babies were as routinely delivered vaginally as more ‘typically’ positioned babies. But small concerns over potential complications and defects have cropped up in recent research.

A baby’s position in the womb isn’t a focal point until the 3rd trimester is well under way. Before that, little ones in-utero are pretty active, flip-flopping every which way! Around 33-34ish weeks, though, you may want to encourage your bubs to ‘lock-in’ head-down:

Utilising gravity, spend time daily in a hands/elbows-and-knees position, to help your little one ‘spin’ into the sweet spot.

Research has supported the “moxibustion” effect of acupuncture to help with breech babies. It involves a burning herb placed by your toe, and the study is admittedly small, so even if it doesn’t work, it’s a pretty zen way to spend the lead-up to your due date!

Play your favourite songs close to your pelvic bone—even at this tender age, your baby will find it hard not to get closer to a good beat.

The NHS will usually offer a ECV at 36 weeks. A doctor will manually manipulate the baby’s position from the outside, and the procedure can involve discomfort, sometimes pain. It might also place stress on the baby which could lead to an unsafe drop in heart rate, but ultimately, you need to weigh up the risks involved with ECV versus those linked to breech birth. The takeaway is to do your research, and try out the diy techniques along with a plan that makes you comfortable.