Can You Tell Your Baby’s Sex from Early Scan Pictures?

Nine months of pregnancy can get pretty tedious; it’s no wonder that mums-to-be can become rather obsessive with gender guessing games to keep themselves occupied. But can you ever really predict your baby’s sex before the big 20 week scan? 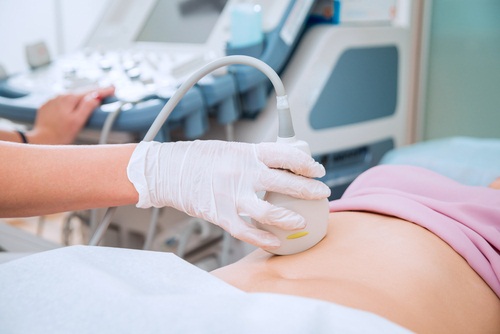 According to the doc, the dating scan, which happens around 12 weeks, is too early for an accurate gender confirmation. “The ideal time to look into this is during the 14th or 15th weeks of pregnancy when the baby’s sexual organs have grown to a point at which they can be correctly identified.”

“Up until this point, these look very similar and spotting whether they are internal or external can leave the results inconclusive, hence why it is vitally important to do this at the right time to avoid any inaccurate outcomes. At the proper stage within the pregnancy, a boy’s testacies and penis can be seen clearly and so can a female’s labia.”

Dr Venkat also asserts that the popular ‘angle of the dangle’ theory has little foundation. “As mentioned before, up until a certain point a male and female baby’s sexual organs will look very similar,” she points out, “so telling if they are protruding or internal is very difficult until they are sufficiently developed.”

What does have an influence on getting the sex of the baby correctly identified – at later scans (typically the 20 week one) is the co-operation of the ultrasound star:

“If their legs are crossed it is impossible to see the genitalia which obviously determine if the foetus is a boy or a girl. If this happens, it is a case of trying to encourage the baby to move. We have asked mums to go for a walk and come back to see if the activity helps the baby into a new position, which usually works and then we can try again!”

Dr Venkat also makes it clear that the most sophisticated of scanning equipment needs an experienced sonographer, too.

In short, prior to the ‘gender reveal’ scan around five months, indulge in all the guessing games and mummy myths you want – just don’t go painting the nursery pink just yet.