Dad Experiences the Pain of Labour – and it’s Hilarious (Obviously)

Think of all the imaginative Mother’s Day presents you’ve received over the years, and when put together, they probably still won’t trump this dad’s attempt at the ultimate ‘thoughtful’ gift for the mother of his children…

In a show of loving solidarity – and possibly a bit of masochistic stupidity –  American Broadcaster Penn Holderness agreed to let his mummy blogger wife Kim, hook him up to a labour simulator in their doctor’s surgery.  “I just think to really embrace fatherhood, you should experience what it took to become a mother,” the mum-of-two says in the video the couple shared on YouTube.

The contraption, bought online by Kim, simulates the uterus contracting by instead forcing the rectus muscles to contract.

To make the experience as fully authentic as possible, Kim makes Penn don an unflattering hospital gown and lay on an examination table with his feet propped in stirrups. “They really have to get in there,” she explains, adding to the ambience by shining a bright light on his spread-eagled (but clothed) nether regions. 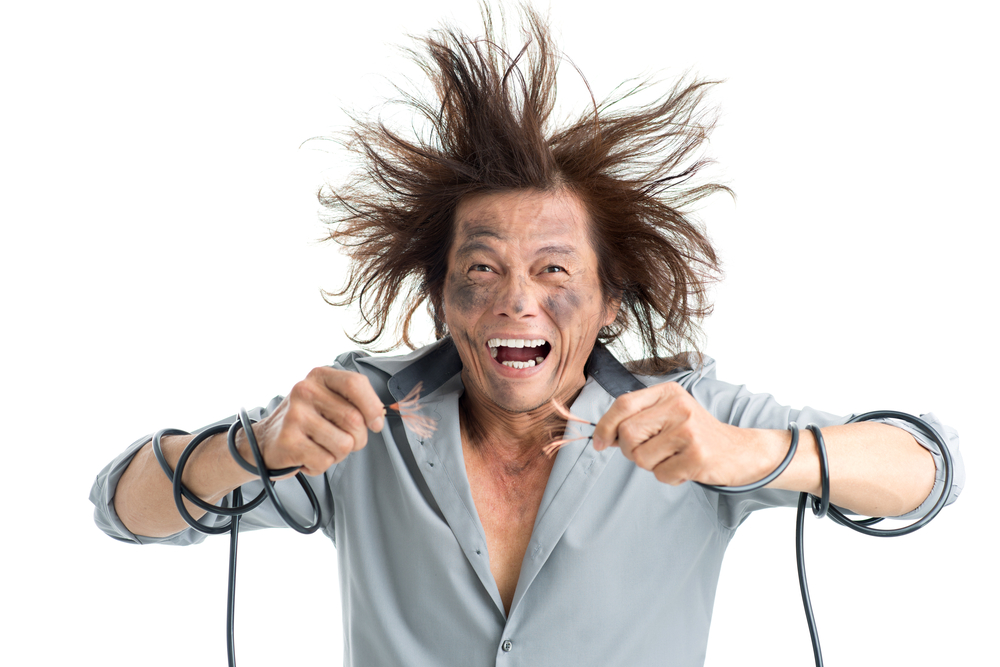 The complicit doctor attaches the device and begins cranking up the machine’s settings so that Penn can experience early labour pain.

Meanwhile, Kim offers him water and encouragement – but he politely asks her to get out of his face.

By the time he reaches ‘active labour’, Penn is screaming and writhing in apparent agony; taking out his sufferings on the headrest behind him with a couple manly punches. Kim soon feels sorry for her miserable spouse and asks the doc to finish off the simulation.

Following his mercifully brief ‘labour’, Penn asks “How long does that happen?”

Last year, a hospital in Shandong, China, gave around 100 men a similar opportunity to experience the joy of childbirth by hooking them up to electrical currents.

“It felt like my heart and lungs were being ripped apart,” said Song Siling, one of the test subjects.

Close, but no cigar, pops.

Penn summarises his own experience via eloquent metaphor:  “It feels like someone is trying to push something through my stomach and out of my butt hole.”

Except that in real life, there’s no figuratively speaking – it’s all literal.

And there ain’t no ‘off’ button, either, dear.

The video has been viewed over 1.7 million times, but even if every male in the universe commits the footage to memory, they’ll still never quite get it – the indignity, the pain, the exhaustion.

Or that amazing moment when you first meet the precious being you’ve been carrying inside you for nine long months.

Give ’em a break, gals. They’re probably missing out more than they lucked out.