Do Men have a biological clock?

Traditionally, the pressure has been on women to have children before their time runs out. There is always the proverbial clock that ticks… and wannabe grannies, grandpas, aunties and uncles never cease to remind family members of time’s talons.

Analysis of patients at an infertility clinic in Brazil found that the chances of a man getting his wife pregnant dropped by 7 per cent each year between the ages of 41 and 45, reducing even more sharply among older men.

The study was led by researcher Dr Paula Fettback, who analysed the outcome of 570 IVF treatments carried out at her clinic between March 2008 and April this year.

To make sure that the age of the woman did not skew the study, only cases where eggs were donated by young healthy women were included. The results showed that the age of men in the group that did not conceive was “significantly higher” than among those who were able to have a baby.

Women who want to have children are encouraged to do so before the age of 40. If men wait until after 45, chances of producing offspring drop to just 35 per cent. 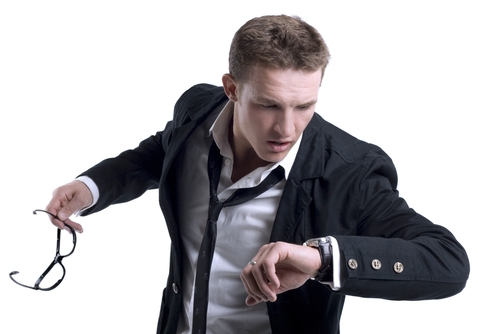 Deciding when to start a family is difficult – and financial security (never mind emotional stability) has a big part to play, so much so that it often overshadows the practical considerations relating to the body’s ability to reproduce.

And I don’t know about you but when the not-so-subtle-hinting starts, I am incited to say that I “will never have children”. I am mum to a beautiful daughter but I remember ‘yonder days of nag’… now talk of the town is when we’ll have the next baby. Sigh.

My point is: that it’s important to consider all the variables – money, maturity and the ticking clock. And it’s also good to pass some of the ‘biology pressure’ to our partners!