There’ll forever be the debate over whether human beings are products of the environment, shaped by experiences, or rather innately driven by a predetermined constellation of preferences, irrespective of external forces. 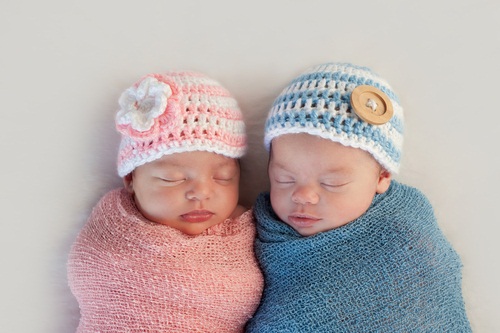 Obviously, the nature vs nurture conflict is not that cut and dry, but a new study on infant gender stereotyping is set to tip the scales.According to researchers at the University of Sussex, the University of Lyon/Saint-Etienne and Hunter City College in New York, children as young as three months old are subjected to gender-based discrimination.

The results of their study reveal that the response to our babies’ most primal and urgent of communicative cues – crying – is influenced by stereotypes, with adults tending to assume that babies with higher-pitched cries are female and those with lower-pitches cries are male. Further, ‘correlative’ assumptions about the supposed masculinity or femininity of babies are being formed based on the pitch of their cries.

And there’s more: Adults also tend to believe that higher-pitched cries indicate a greater level of distress. When male adults were told that a baby’s cries belonged to a boy, they tended to perceive greater discomfort based on the sound of the baby’s cries. Researchers attribute this thinking to the stereotype that boy babies should have lower-pitched cries than they (actually) do.

The researchers recorded 15 male and 13 female infants while they were spontaneously crying in order to perform this research. The babies were four months old on average and researchers did synthetically alter the pitches of their cries while leaving all other characteristics of the cries the same.

“It is intriguing that gender stereotyping can start as young as three months, with adults attributing degrees of femininity and masculinity to babies solely based on the pitch of their cries. Adults who are told, or already know, that a baby with a high-pitched cry is a boy said they thought he was less masculine than average. And baby girls with low-pitched voices are perceived as less feminine. There is already widespread evidence that gender stereotypes influence parental behaviour but this is the first time we have seen it occur in relation to babies’ cries,” David Reby, Ph.D., said in the study’s release.

Of course, as fiercely independent beings we don’t want to be told that our actions and preconceptions are being  subconsciously – and erroneously- directed, but the potential effects in this particular study’s case demands our parental attention:

“The finding that men assume that boy babies are in more discomfort than girl babies with the same pitched cry may… even have direct implications for babies’ immediate welfare: if a baby girl is in intense discomfort and her cry is high-pitched, her needs might be more easily overlooked when compared with a boy crying at the same pitch. While such effects are obviously hypothetical, parents and care-givers should be made aware of how these biases can affect how they assess the level of discomfort based on the pitch of the cry alone,” Nicolas Mathevon, a professor at the University of Lyon/Saint-Etienne and Hunter College CUNY, says.

And then there is the subliminal prejudice we could be instilling in our children; that the physiological features over which we have little to no control, are directly descriptive of our of our identity — or worth.