Give Your Child Chores to Make Them Successful

Making kids do chores is ingrained in the parental psyche as necessity, primarily to instil the idea of being responsible; but doling out tasks to your offspring (no matter how poorly they might complete them) is also key in developing their work ethic – the foundation to them becoming someday successes. 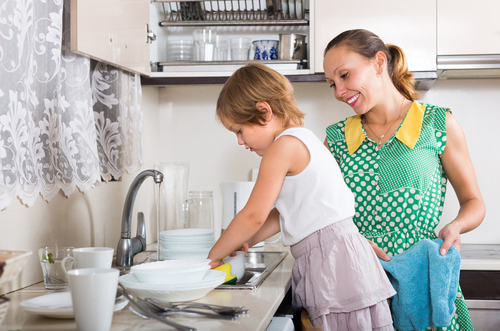 According to the Harvard Grant Study – the longest running longitudinal study in history, running from 1938 to the present, people require just two things to be happy and to be successful:

Love. And a strong work ethic.

While providing the former probably comes naturally to mums and dads, cultivating a work ethic requires a little more strategic implementation — although it really is as simple as having your child do a handful of chores that aren’t nominal, but actually important to the functioning of the household.

“The earlier you started, the better,” explains Julie Lythcott-Haims, author of How to Raise an Adult. “[A] roll-up-your-sleeves- and-pitch-in mindset, a mindset that says, there’s some unpleasant work, someone’s got to do it, it might as well be me … that that’s what gets you ahead in the workplace.”

Based on the data collated from the 724 high-achiever Harvard study participants, “[The study] found that professional success in life, which is what we want for our kids … comes from having done chores as a kid,” says Lythcott-Haims.

One other quality doing assigned jobs around the home fosters is the awareness of others, and how everyone needs to work together and do their bit to create a place worth being in. More than being successful, this moving away from the self-centredness of childhood is perhaps the greatest gift you can impart to your kids for the future.

Lythcott-Haims sums it up as such —

“By making them do chores — taking out the garbage, doing their own laundry — they realise I have to do the work of life in order to be part of life.”