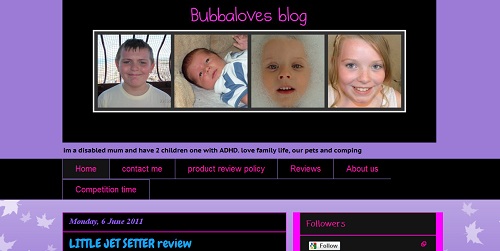 Bubbaloves is a nice refreshing take on the joys of parenting. In the post below, she talks of the pain of ‘Sleepless nights and Restless days‘.

I think all mums and dads know the feeling where they really have pleaded for just 5 more minutes in bed, the nights where their gorgeous little man, or beautiful little princess has kept them awake, thinking its playtime at 3 am , or even when little ones so tired but can’t sleep due to pain from teething, colic or nappy rash!?!

What’s a mum to do? With my first born, whenever he woke up he just wouldn’t settle back to sleep, we both worked full time at the time and it was much easier to place him into our bed, where he would drift back to sleep and we could catch a few more hours of much needed rest.

It was a fantastic short term solution, but thinking back it was a massive mistake.

Bradley my son got so used to sharing our bed he would point blank refuse to go into his cot, my second bundle of joy came along when Brad was 1 year old and there was no way i was making the same mistake with her.

From the moment we arrived home i set a routine and stuck to it. Afternoon naps, strict bedtime and HER OWN BED!

My daughter took to her routine with ease and slept through most nights from being newborn, It was the complete opposite to my son.

The only problems we had is when she was teething, she used to get an upset stomach causing her to have quite bad nappy rash, we used several different brands and finally stumbled across a nappy rash cream that suited her, its waterproof, soothing and healing qualities worked really well and solved our sleepless nights  and was back to being a perfect little angel and sleeping from 11pm until 6 am which was something that had never happened before.

Brad would be up every couple of hours, and when babies are tired, mummies and daddies get tired too, so i was grateful one of them was a good sleeper.

I’d love to know if any other mummies and daddies have had success stories sharing bed with baby or if like us it meant you had a stroppy toddler who wouldn’t go into their own bed at all!