Naming your baby has to be one of the most significant things you’ll ever do for them.  For the next 18 years (when your child could theoretically change their name by Deed Poll), it will be called out, shouted and whispered to them.  Nicknames will stem from it; the first clumsy letters they ever scribble will be the ones you have chosen; it will be their identifying scrawl on every card, letter and school work they write for nearly two decades. 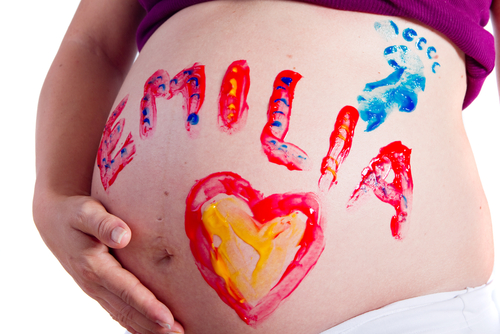 Inexorably, they will come to define themselves to some extent by their name.  As indeed will others.  After all, would you have a different impression of a Britney to a Kate?  A Romeo to a William?

So when a Dorset couple named their daughter after her rather unusual birthplace – a Kia Carens people carrier – you’ve got to be grateful that it wasn’t a Volvo they were driving.  Or that they weren’t tempted to follow the Beckhams’ lead and name her after the city she was born in.  Kia sounds acceptably hip (although she might not want to tell her friends she’s named after a car…); Poole just doesn’t have the same ring.

Tiger, Victory and Heaven are other recent unusual choices.  All powerful names – and certainly preferable to Shy, Denim or Puppy.  But you’ve still got to have quite a personality to live up to an individual name.  Even the son of rock star David Bowie struggled to carry off his wacky name.  Zowie Bowie changed his name to Joe the day he turned 18.  And exotically-named celebrity baby Shiloh Jolie-Pitt, now 4 years old, insists on being called the unremarkable and oddly masculine names John or Peter.

Naming your baby is certainly no easy matter and there’s no guarantee you’re going to get it right.  But at least give it some serious thought.  Friends of mine couldn’t decide what to call their third baby when she was born, so jokily nicknamed her Sparkly-Glitter (don’t ask why!) until they could come up with her real name.  As you can imagine, even when Florence was a ratty teenager, the poor girl was still Sparkly-Glitter to her family and close friends.