No Such Thing as a Sugar High, says Study

A mere mention of ‘birthday party’ is enough to strike blood-curdled terror into many a parent’s heart – mostly because of the buffet of sugar available at such events — and the ensuing carnage that awaits. 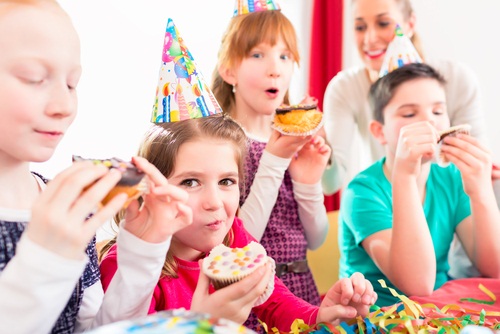 The term ‘sugar-high’ has almost become synonymous with the idea of little kids gorging on celebratory confection and other saccharine evils; but, according to science, the firmly entrenched parental belief that sugar makes kids cray-cray is no more than myth.

The Journal For The American Medical Association reveals the mythbusting research disproving the link between sugar and hyperactivity. In this double-blind study, researchers observed no effect on behaviour after sugar consumption – for the vast majority of children…okay, so your child-gone-Beast-Mode post cake binge could be the exception; yet this isn’t the only evidence debunking the sugar-induced psychosis idea. A 1994 study from the Journal For Abnormal Child Psychology found that while sugar did not affect behaviour, parents who were told their children had just the sweet stuff perceived their kids’ behaviour to be “wilder”.

Instead, it seems that social context is more likely to be the instigator behind your offspring going feral; kids feed off other kids’ energy – no cake required. Birthdays in particular are classic exercises in overstimulation: loud, exciting, with the promise of all-you-can-eat treats.

However, the stuff besides sugar – additives and colourants found in typical party food fodder – could result in behavioural changes such as irritability, fidgetiness, and sleep problems.