Newborns are cute, for sure; but another certainty is that these deceptively tiny creatures are receptacles for ridiculous amounts of grossness. If poopsplosion or poonami is not part of your vernacular, if you’ve got a little one, you’ll learn the words soon enough. To survive the natural disaster that is the emergency bum change/wardrobe malfunction as unscathed as possible, here’s an ingenious hack we bet nobody’s told you yet… 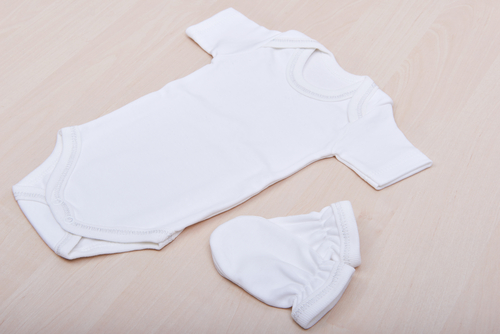 “Ten years I’ve been a Mum, ten years. Not once in these ten years did I question why baby vests have envelope shoulders,” writes mummy blogger Louise Seddon. “I just blithely accepted that this is how the world is. Sure, it makes them a bit easier to get them over baby’s head but that’s about it.”

Then Louise was introduced to the clever trick utilising the baby vest’s unique design, sharing her “vest epiphany” on YouTube:

In short, the ‘envelope’ shoulders on babygrows allow you to stretch the neck wide enough to slide a pooey vest down and off rather than up and over arms and hair. Seems a no-brainer–but you probably didn’t know about this either, right?

Louise does of course include the disclaimer that this is a hack—and not the intended use of the envelope sleeves—which is apparently to expand for a baby’s relatively large noggin, without necessitating a big opening in the onesie…but who’s arguing if the hack works?