Reading to Your Child Could Increase Lifespan

If you need more impetus to indulge those pleas for one more bedtime story – more than the chance to cultivate a super-brain and capitalise on extra snuggles in the process, that is – check out this recent study claiming reading to be the literal font of youth… 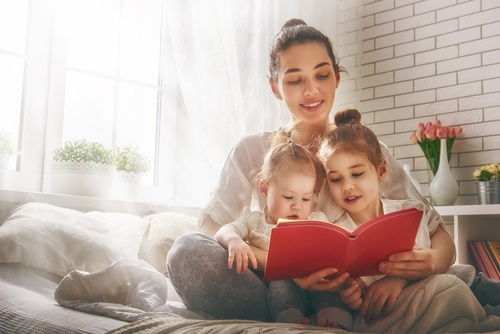 According to recent research conducted by Yale, reading doesn’t just build up a superior vocab or a cache of conversation-fillers that’ll either impress your kid’s one-day audience, discombobulate, or just plain annoy ’em; findings collated after analysing the reading habits of 3,635 people revealed that regularly tucking into a (good) title could actually increase how long your family lives.

Researchers followed up on the Health and Retirement Study’s participants after 12 years, and discovered that those who spent more than 3-and-a-half hours reading per week were 20-percent “less likely to die” than those who didn’t read at all – roughly translated as a 23-month survival advantage. Even with variables such as age, gender, race, education, wealth, health, marital status, and depression being subjected to the rigors of scientific controls, the connection between bookworms and longevity remained.

The kicker is that the increased life expectancy did not apply to those who considered magazines and newspapers as worthy literary pursuits — for this study, it was a proper novel, or nothing.