It seems there’s no end to studies intent on proving that familial happiness is related to some quantifiable figure. An Australian researcher recently completed a five-year study of various types of families in an effort to determine which ‘magic number’ of kids makes for the most content. The answer (as is always expected with such emotionally charged/ ridiculous research projects) will surprise some, annoy others, and reaffirm the contraceptive choices – or lack thereof, in this particular case – of the rest of the childbearing demographic. 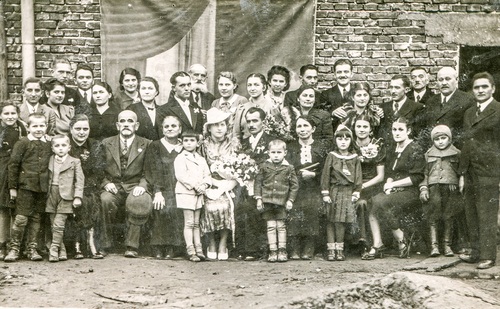 According to Bronwyn Harman, a psychology and social science lecturer at Edith Cowan University in Western Australia, what surprised her most about her findings was that “mothers of large families [were] the most satisfied with life.”

“I thought mothers of large families [with four or more children] would be less satisfied because of the financial stress — in addition to the workload, ferrying kids around, noise factor, and so on,” she explained to Yahoo.com. But while they did acknowledge these issues, as well as point out that they must deal with frequent nosy comments (“Are they all yours?” “Do they have the same father?”), there was plenty happiness at home. “They said that they had planned a large family, it was a joyful experience for them, the house was often full of laughter, and there were many reasons to celebrate,” she says.

For the study – as yet unpublished – – Harman spent five years interviewing nearly 950 parents (a meagre sample, by quantitative standards) from different backgrounds to ascertain their level of contentedness.

Of the larger families, Harman says, “Parents accept that there is chaos in their lives, but it does not negate the happiness they get from their families.”

But hang on a minute; admittedly, some folks do thrive on said chaos – yet other personality types prefer a more controlled, predictable lifestyle, and they’d definitely not be doing the happy dance in a household overrun with humans. Harman’s ‘findings’ should not be construed as a one-size-fits-all-households. (And surprise surprise, researcher’s apparent definitive answer to domicile bliss contradicts another recent study).

In addition, Harman says, “With large families…[t]he kids are never bored, they have someone to play with, and they get independence quite early on.”

So in only-child homes the wretched, solo offspring is often bored, lonely, and insecure? Or are the siblings in more bountiful families, when stripped of Harman’s optimistic euphemisms, simply left to their own devices, and merely produced for the purpose of free babysitting?

Of course, neither of these scenarios – unwittingly implied in Harman’s postulations – is fact (generally); still, her focus on numbers, as opposed to real, human factors, like support systems, coping mechanisms and plain old preference just doesn’t work when you’re talking about such intangible, utterly complex concepts as ‘happiness’ and ‘family’.

It’s not about how many kids you have – it’s how you work together as a family. Nobody needs a scientist to prove it.