Santa’s Grottos 2015: Where to Find Father Christmas this Year!

St. Nick’s a busy guy this time of year — here’s a handy itinerary of where he’ll be at over the festive season, so you can catch him in your home town (or further yon) before he’s up and away in his trusty sleigh… 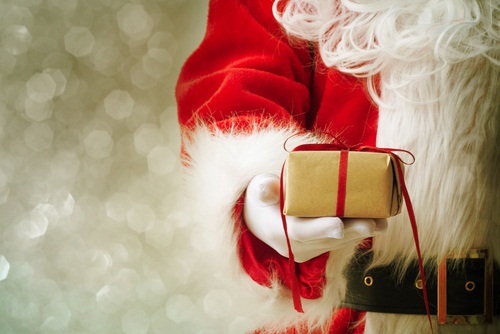 All five of the Center Parcs Villages will magically transform into a winter wonderland this Christmas, replete with glittering lights, a festoon of festive decorations, plus plenty of seasonal activities and events for the whole fam-damily to enjoy. And of course, Santa will be doing the rounds…

Tickets: £399 for a short break in a 3 Bedroom Woodland Lodge for up to 6 people. This price applies to selected breaks, accommodation and villages only. Conditions apply.

Check out an alliterative buffet of wintry delights, including skiing, skating, and Santa himself holding court in Stockeld Park – his grand arrival heralded with a wonderful reindeer parade.

What Christmas would be complete with LEGO? The big man in red, along with his posse of elves, will be hitting LEGOLAND, with a mega sack of (obviously) LEGO® gifts for little guests Saturdays and Sundays throughout November and December. Santa will also be taking up temporary residence in the land of plastic, and every child who visits his grotto will receive a free LEGO gift. And if that’s not enough to make your kids nag you into surrender, ticketholders can look forward to frenzied day with 15 rides and attractions. (The elves will be also be looking for helpers to make Christmas cards, decorate biscuits and write letters/bribery notes to Father Christmas.)

Tickets: Tickets must be pre-booked in advance and are £25.

Get the bonafide North Pole experience this season with real snow, sparkling trees and chattering elves, as Santa sets up digs in his Snow Kingdom at Chill Factore every weekend from 7th November and every day in December right up until Christmas Eve. He will be joined by a very special piggy – can you guess who? – on 14, 15, 21 and 22 November.

Head to the Christmas Kingdom in Wales to meet not only Santa – but his lady in red, Mrs Claus, too! Cosy up in her kitchen and help decorate her gingerbread Christmas trees, then pop your wishlist to Santa in his North Pole postbox, and don’t forget to visit the reindeer crew, who will be resting up at Celtic Manor before their big trip across the skies.

Where: The Canterbury Tales, Kent, canterburytales.org.uk.

Living in 14th-century England might not have been all that jolly, but this year will make medieval totally magical (and temporary, thankfully) at the award-winning Canterbury Tales attraction.

Kids and their grownups will have the chance to dress up in elf costumes for a shamefully fun photo opp. To help assuage your diminishing dignity, adults-only mead tasting will be on offer. There’ll also be Santa’s grotto along the cobbled road, with a pressie for every child.