Once you become a parent, you’re apt to discover a new pinnacle of anxiety; and it’s unlikely that you’ll ever chill out enough again to the unpressured temperature of life before kids. But a new study could make you rethink how you cope with the new burden of responsibilities – particularly if you’re a dad. 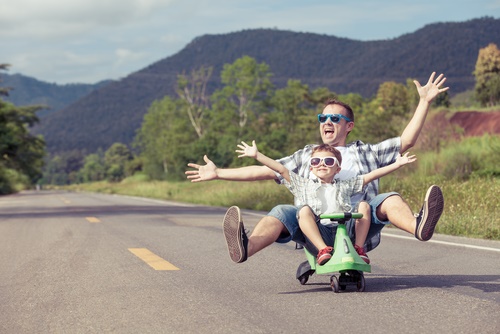 According to recent findings presented at the European College of Neuropsychopharmacology’s Congress in Vienna, men diagnosed with anxiety disorders were 2.15 times more likely to succumb to death by cancer than those without such disorders.

Analysing the data of 15,938 British men and women who originally participated in the European Prospective Investigation Into Cancer-Norfolk study, researchers were able to link men and women diagnosed with Generalised Anxiety Disorder to death records over 15 years following the study. Ruling out the obvious mitigating factors such as age, alcohol consumption, smoking, and chronic diseases, it was discovered that men exhibiting the markers of severe anxiety were 2.15 times more likely to die of cancer than their participant counterparts.

Interestingly, while more women were shown to be worriers (2.4 percent compared to 1.8 percent), there was no similar connection for them between this specific psychological pathology and terminal illness.

For men (and their worrying partners, of course), however, it’s important to note the findings do not indicate direct causation – only a relationship; although it’s never a bad thing to learn how to unplug from the chaos of life – especially if there’s kids involved. Not only do you want to be fully present for all the memories, but your children will learn how to deal with the mundane stresses and tougher stuff directly from you, Pops.