The Skull Theory: Can it Predict a Baby’s Sex?

Typically, mums-to-be fall into one of two camps; fine to wait for the gender-reveal on the day of birth, or trying out every crazy wives’ tale until the 20 week scan to assuage the unbearable anticipation. If you’re in the latter category, here’s another theory to add to your to-dos—and the accuracy, as always, is best served with a hefty bag of salt. 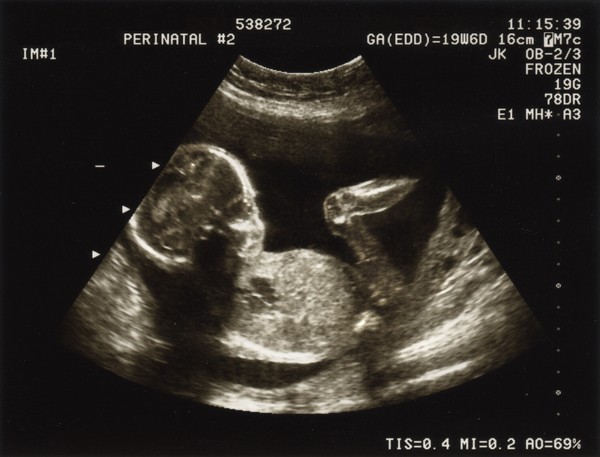 According to the latest idea on how to tell your baby’s sex before a sonographer applies some actual science, you might be able to divine whether blue or pink is in your future by looking at the skull shape in the dating scan pic.

The skull theory premise is that men (typically) have “squarer, stockier and bigger” heads than women—which means you could spot the cranial differences in-utero. Other differences include a sharper eye socket shape in females, cheekbones being more pronounced in males—along with a more square jawbone and lower, sloping forehead.

The flaw in this reasoning, however, lies in the fact that the average key differences between male and female skulls was tabulated following comparisons between adult skulls—and babies’ heads are still developing (and extremely malleable) prior to birth.

“Until you get to maturity or at least puberty you just don’t get these sexually dimorphic features of the skulls in males and females.”

Have you tried out this predictive ‘trick’?