Growth spurts may start from four months and this can affect appetite and feeding patterns for a short period.

Some babies react with a small amount of diarrhoea after the immunisations, so check your baby’s nappy regularly to avoid the onset of nappy rash caused by leaving the skin in contact with wee and poo for prolonged periods.

By four months old your baby develops depth perception which allows him or her to judge how far away something is.

At around four months babies start to look for the source of a sound and can hear soft as well as louder sounds.

By four months babies develop a more regular sleep pattern. After dropping most of the night feeds, they may sleep six to seven hours during the day and between eight and nine hours at night.

By four months old, your baby has usually doubled his or her birth weight. Total weight gain will vary: the most important thing is that it is regular.

Your baby’s neck and head muscles are strengthening rapidly. From this time they will learn to raise and hold their head up while lying on their tummy and can lift their head up to 90 degrees when on their stomach, holding it steady. Your baby will also start to try to bear weight on her legs.

The vast majority of babies grow their first tooth between three and seven months of age. When they are teething, some babies have quite loose stools, making them more prone to getting sore bottoms and nappy rash. 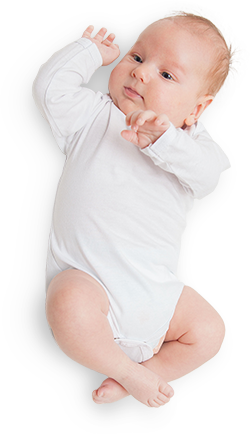